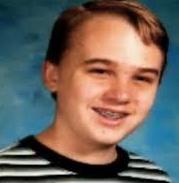 Do you have a better photo of Steven?

Victim of Columbine High School Massacre
Steven, who planned to become a Navy top gun pilot, was the youngest victim of the shooting. The Star Wars fan was anxiously awaiting the release of Star Wars I: the Phantom Menace on May 19. Steven’s mother said: ‘Thank you for that special moment two weeks ago when you said, “Mom, I bet there aren’t many guys who can discuss things with their moms like we do”.’

Ask your friends to light a candle or come back tomorrow to light another candle for Steven.

You can add to Steven's profile: