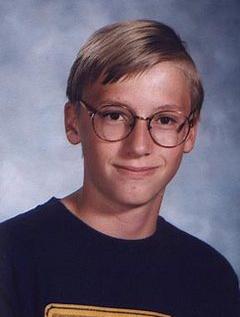 Do you have a better photo of Daniel?

Victim of Columbine High School Massacre
He was a sophomore
Daniel was concerned with America’s gun laws and asked his dad about loopholes in the Brady Bill just two weeks before he died.

Ask your friends to light a candle or come back tomorrow to light another candle for Daniel.

You can add to Daniel's profile: