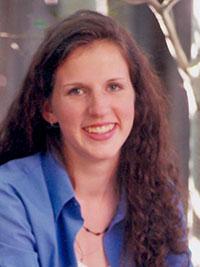 Do you have a better photo of Lauren?

Victim of Columbine High School Massacre
Lauren was a straight A student who volunteered at a local animal shelter and was captain of the volleyball team, which her mother coached.

Ask your friends to light a candle or come back tomorrow to light another candle for Lauren.

You can add to Lauren's profile: