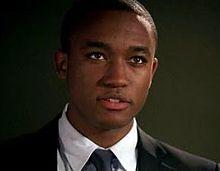 Do you have a better photo of Lee?

Lost to gun violence on August 19, 2013 in Los Angeles, California.

an American actor. He is best remembered for his adolescent role as the title character on the Disney Channel television series The Famous Jett Jackson (1998–2001) and as Chris Comer in the movie Friday Night Lights (2004). His last starring role was as Boston police detective Barry Frost on the TNT police drama series Rizzoli & Isles (2010–14)

17 candles have been lit for Lee.
Light a candle for Lee.

Ask your friends to light a candle or come back tomorrow to light another candle for Lee.

You can add to Lee's profile: