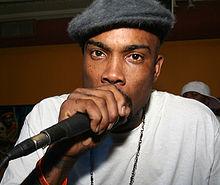 known professionally as Proof, was an American rapper and actor from Detroit, Michigan. During his career, he was a member of the groups 5 Elementz, Funky Cowboys, Promatic, Goon Sqwad, and D12. He was a close childhood friend of rapper Eminem, who lived on the same block, and was often a hype man at his concerts.

Ask your friends to light a candle or come back tomorrow to light another candle for DeShaun.

You can add to DeShaun's profile: