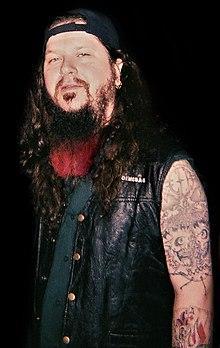 Darrell Lance Abbott, best known by his stage name Dimebag Darrell, was an American musician and songwriter. He was the guitarist of the heavy metal bands Pantera and Damageplan, both of which he co-founded alongside his brother Vinnie Paul. As one of the driving forces behind the development of groove metal, he is considered among the most influential guitarists in heavy metal history.

Ask your friends to light a candle or come back tomorrow to light another candle for Darrell.

You can add to Darrell's profile: