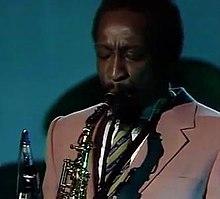 Do you have a better photo of Donald?

Donald Myrick was a saxophonist.He played alto, tenor and soprano sax and was a member of Earth, Wind & Fire's original horn section, The Phenix Horns Esq. from 1975 through 1982. Previously, Myrick had been a member of the musical group The Pharaohs. Myrick is also credited as a founding member of the Association for the Advancement of Creative Musicians (AACM)[

Ask your friends to light a candle or come back tomorrow to light another candle for Donald.

You can add to Donald's profile: