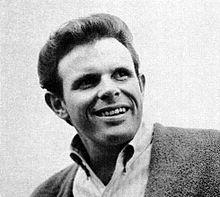 Lost to gun violence on February 8, 1990 in Santa Clarita, California.

an American rock and roll and country musician and singer-songwriter, best known for his 1961 number 1 Billboard hit "Runaway".Committed Suicide

5 candles have been lit for Del.
Light a candle for Del.

Ask your friends to light a candle or come back tomorrow to light another candle for Del.

You can add to Del's profile: