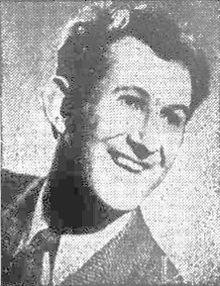 Lost to gun violence on January 17, 1983 in Los Angeles, California.

an American character actor, comedian, and musician. Born into a wealthy West Coast family, Weaver began his career in radio. In the late 1930s, he performed on Rudy Vallée's radio programs and Kraft Music Hall. He later joined Spike Jones' City Slickers. In 1957, Weaver hosted his own variety show The Doodles Weaver Show, which aired on NBC.

Ask your friends to light a candle or come back tomorrow to light another candle for Winstead.

You can add to Winstead's profile: