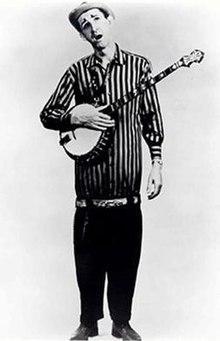 Lost to gun violence on November 10, 1973 in Ridgetop, Tennessee.

David Akeman better known as Stringbean, was an American singer-songwriter, musician, comedian, actor and semi-professional baseball player best known for his role as a main cast member on the hit television show, Hee Haw, and as a member of the Grand Ole Opry. Akeman was well-known for his "old-fashioned" banjo picking style, careful mix of comedy and music, and his memorable stage wardrobe. Akeman and his wife were murdered by burglars at their rural Tennessee home in 1973.

9 candles have been lit for David.
Light a candle for David.

Ask your friends to light a candle or come back tomorrow to light another candle for David.

You can add to David's profile: