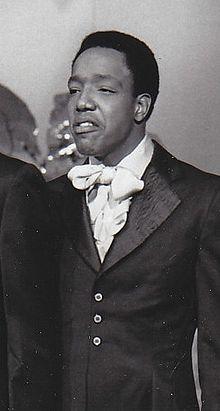 Do you have a better photo of Paul?

Lost to gun violence on August 17, 1973 in Clinton Township, Michigan.

an American baritone singer and choreographer. Williams was noted for being one of the founding members and original lead singer of the Motown group The Temptations. Along with Elbridge "Al" Bryant, Otis Williams, and fellow Alabamians Eddie Kendricks and Melvin Franklin, Williams was a member of The Temptations during the "Classic Five" period.

5 candles have been lit for Paul.
Light a candle for Paul.