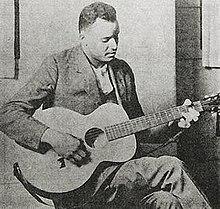 Lost to gun violence on October 7, 1962 in Indianapolis, Indiana.

Francis Hillman "Scrapper" Blackwell was an American blues guitarist and singer, best known as half of the guitar-piano duo he formed with Leroy Carr in the late 1920s and early 1930s. He was an acoustic single-note picker in the Chicago blues and Piedmont blues styles. Some critics have noted that he veered towards jazz.

Ask your friends to light a candle or come back tomorrow to light another candle for Francis.

You can add to Francis's profile: